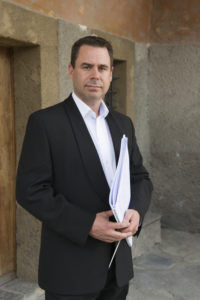 Frédéric Théodoloz began his musical career at a very early age on the trombone and played in his village band “ La Marcelline” de Grône. He very quickly gained recognition within national contests. In 1993, he attended the trombone class of Mr Roland Schnorhk at the Conservatory of music in Geneva. He was subsequently awarded the first prize for virtuosity in June 2000.

In 2010, he studied wind ensemble conducting in the class of Jean–Claude Kolly and gained his Master of Arts HES-SO in Music from the School of Music in Lausanne. He then went on to perfect his knowledge and skills through his work and collaboration with well known names from within the brass band movement such as Prof. David King, Allan Withington, Robert and Nicholas Childs.

Frédéric Théodoloz conducted the Brass Band Fribourg from 2012 until 2016. Under his directorship, the band obtained the title of vice champion at the Swiss Open Contest in Luzern on two occasions and also won the 2012 National Contest in Montreux, subsequently defending the Swiss colours in the European championships in Oslo in May 2013. From 2009 until 2018, he also conducted the Echo de la Dent-Blanches des Haudères.

Since 2016, he has been conducting the Young Musical Swiss Orchestra, working with renowned soloists such as Jeroen Berwaerts and Lionel Cottet. Alongside his collaboration as musical advisor, guest conductor or jury with various musical formations in Switzerland and abroad (Norway, France, Italy) , Frédéric Théodoloz has been conducting the Lyre de Conthey (Championship section brass band) since 2015 and teaching brass in the Valais region.

In parallel to his musical activities, Frédéric Théodoloz is the co director, with his friend Ludovic Neurohr, of the very new BPM festival: Festival of brass and percussion. The first edition take place in Grône (Valais) in September 2018. 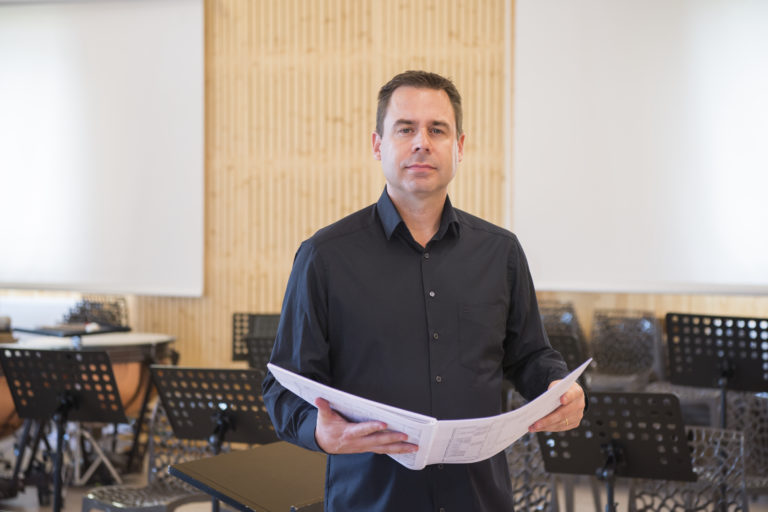